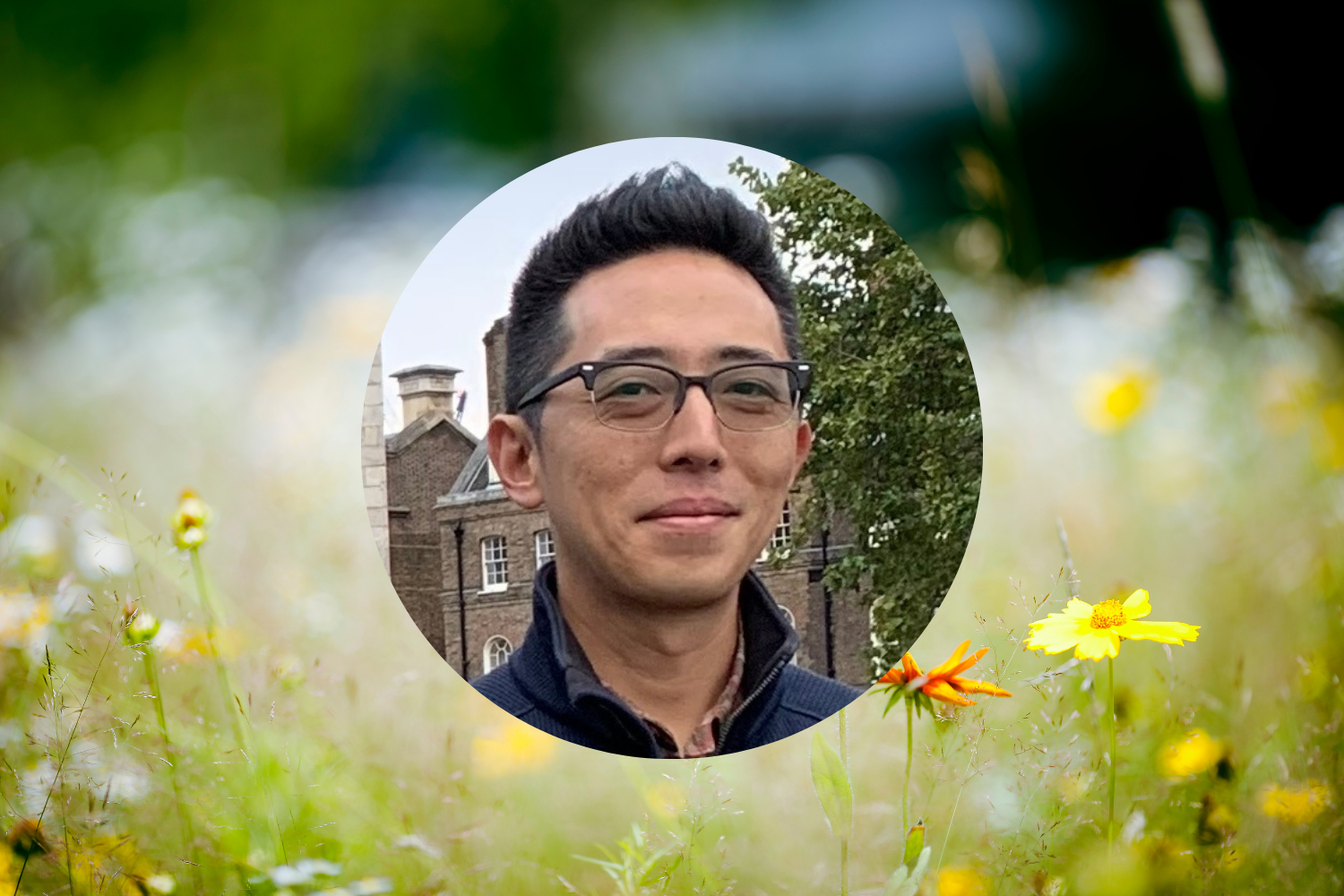 Ed Hong started practicing in 2006—not because he wanted to be more peaceful or compassionate, but rather to improve his mental edge and achieve peak performance in his career as a professional stock trader. “I got into meditation for the money,” he says, with a chuckle. Ed came to IMS for the first time in 2007, on a friend’s recommendation, and he describes that retreat, with teachers Kamala Masters and Steve Armstrong, as his “first taste of true freedom, of unconditioned happiness.”

Over the next seven years, Ed sat almost a dozen retreats, including two longer samadhi retreats at Cloud Mountain, and deepened his exploration of the Dharma. Instead of making him rich, his practice led to a profound shift, and he stopped working as a trader in 2010. John Spalding, Director of Partnerships and Communications, spoke with Ed about this transformation, and about how his time at IMS and serving on the IMS Board, eventually as Secretary-Treasurer and then President, has impacted his life and career.

What was it about your practice that inspired you to step away from stock trading?

It helped me get in touch with how that profession was psychologically harmful for me. With that kind of job, all day, every day, you’re thinking about buying and selling. You’re thinking about where you can find your next meal, basically. It’s an eat-what-you-kill world. At any job, you can measure yourself in terms of performance, but that’s magnified a hundredfold as a trader, because you’re looking at your profit and loss on the screen all day. That’s all you’re thinking about, and you can have fairly long stretches of being off your game. While that is hard in itself, it makes it doubly hard that you’re not taking anything home in terms of pay during that time. It was too much of a roller coaster—when it was good, it was really good, and I was having fun making money, and when it was bad, it was awful. I was among the small minority of traders who figure out how to make a decent living in the business long-term, but it wasn’t enough to sustain the long periods of mediocrity and shame and awfulness. And furthermore, as a trader, you’re not putting anything out into the world, you’re just buying and selling. I got to a point where I was like, This is stupid. I’m wasting my life. And I had friends telling me, you have so many gifts and you’re not using any of them except your analytical skill set, so maybe try something else.

When I finally summoned up the courage to walk away from it, I started getting more involved with IMS, and I was recruited to join the board in 2011. There was an outgoing member who had professional experience in investing, and they wanted somebody with a similar skill set. I leapt at the chance, because I wanted to put my 11 years of trading to use for a greater good instead of just buying and selling for myself and my firm. I served on the Finance Committee to start and eventually got involved in other committees, took the position of Secretary-Treasurer in 2013, and became President in 2016. After I stepped down from that role in 2018, I continued to serve on the Finance and Development Committees until January 2021.

Did your work on the Board over the years nurture those gifts you hadn’t been using?

Those discussions in the IMS boardroom actually turned out to be really useful for me professionally. I transitioned into a career in management consulting, specifically for software projects at financial institutions. One of the core skills for a consulting role is facilitating discussions among different stakeholders, both senior executives and junior employees, and learning to tease out what is truly essential and what can be deferred. The discussions we had on the Board about the most important things for running IMS as an institution—making sure different constituencies had what they needed, that different voices were represented, that we were stewarding our resources wisely and using them in service of the vision and strategy for the organization—were directly relevant to my professional work in technology consulting. I believe that Board experience, especially the leadership portion of it, helped me cultivate a certain gravitas and my own kind of presence in the work setting. And frankly, I think it helped me get promoted. I started with my current employer as a contractor, converted to full time in 2019, and got promoted earlier this year.

Have you found a better balance at work now, as opposed to that eat-what-you-kill world of trading?

Yes, it does feel a lot more balanced. I’m able to be more strategic in my current role, which is interesting to me. I still get pulled in for a lot of the blocking and tackling, but I feel like it’s good to mix up the strategizing and the day-to-day execution. I enjoy the mix. And it’s nice to have a longer time horizon for planning, execution, and success.

Why is it meaningful for you to be an IMS donor?

In a lot of ways, that period of intense practice during the first five years, in which IMS played a very large role, helped make me into who I am now. Studying and practicing with the great teachers at IMS helped me finally overcome my inner critic, which had plagued me for a long, long time. Finding a really deep and solid base within me—that I directly attribute to practicing at IMS and the work I did on the cushion there.

My spiritual training at IMS has helped me contribute in greater ways to the institution, as well as in my personal and professional lives, and I want to help IMS do the same for others. I love the idea of supporting that multiplication of IMS’s impact in the world. Having been on the Board, I know it takes a lot to run the day-to-day and also support the programming and the long-term health of the organization. I give monthly through Sustaining the Sangha, because I’ve learned that predictable income is awesome for nonprofits that rely on giving. But some of the themes attached to the spring appeals have gotten me to dig deeper and give more—for example, toward teacher training. That represents the intersection of several themes that are very important to me—cultivating the next generation of teachers as a source of richness and a channel for the teachings, and also social, economic, and racial justice. Being able to cultivate teachers of color was a really important moment for the Insight Meditation movement in the West. Structural change is really hard unless you change who gets to sit in the seats at the table. You can’t let people into the room and just have them stand in the corner and be quiet. One of the Board’s most important achievements during my time as President was launching the majority-POC Teacher Training Program, which itself was the culmination of a multi-year diversity initiative into which many people put a lot of time, thought, energy, and emotion.

Have you been back to IMS since we reopened?

No, but I’ve been meaning to go back. The parting gift I got from the Board was two weeks of retreat. I haven’t been to retreats since 2014 or 2015. I got really busy with the Board, and then with my work and my personal life. I have a picture on my bulletin board of a pasture next to the IMS campus. I would walk over there during retreats and experience incredible peace. I keep it as a reminder of my time there, and every once in a while I look over at it and think, I’ve got to get back there. I know it’ll happen at some point.