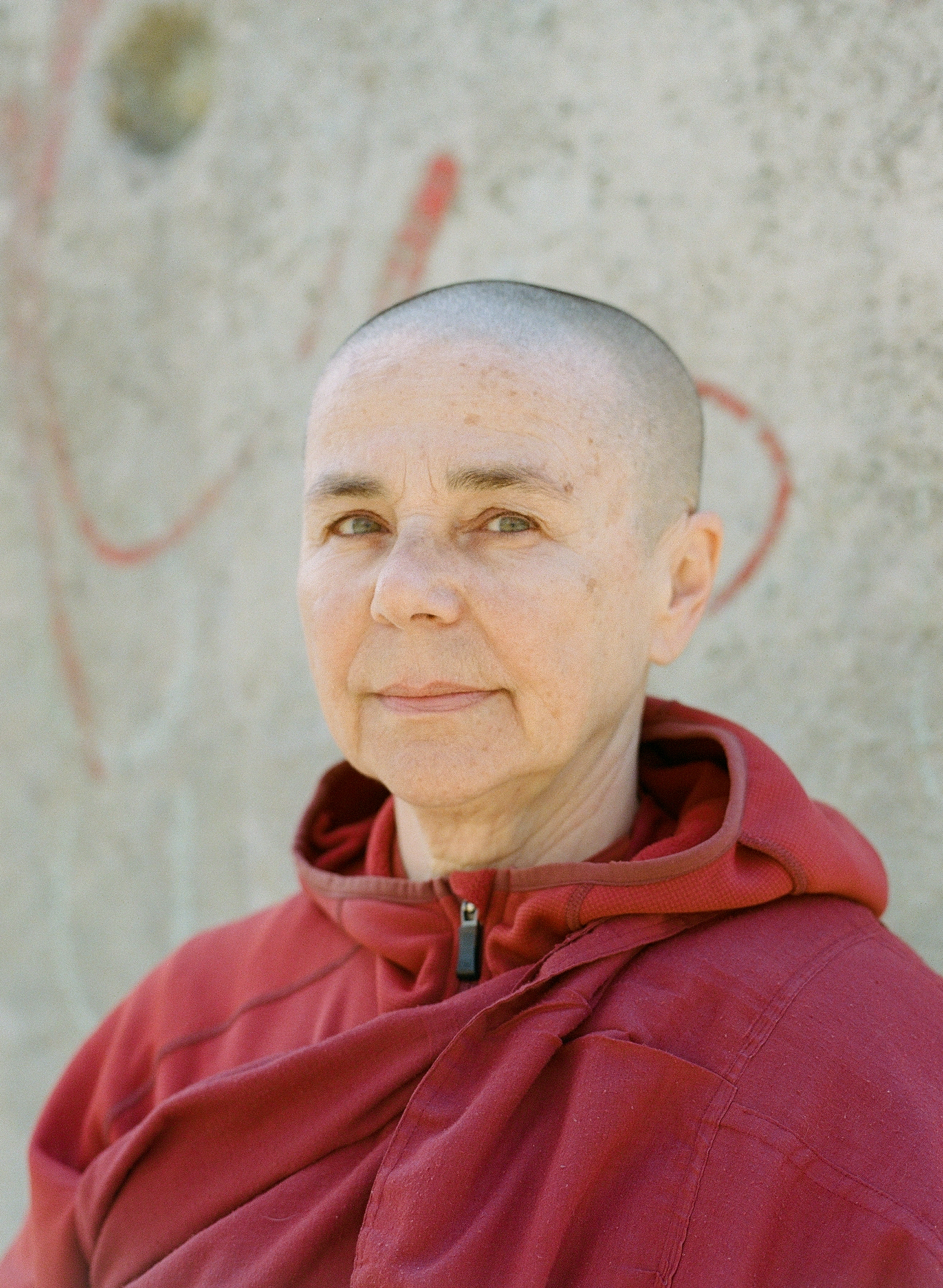 There In The Middleness

There In The Middleness

Ayya Santacitta was born in Austria and did her graduate studies in Cultural Anthropology, focusing on dance, theatre and ritual. She also worked in avant-garde dance theatre as a performer and costume designer. In 1988 she met Ajahn Buddhadasa in southern Thailand, who sparked her interest in Buddhist monastic life. She trained as a nun in England and Asia from 1993 until 2009, primarily in the lineage of Ajahn Chah. Since 2002, she has also received teachings in the lineage of Dilgo Khyentse Rinpoche.

Ayya Santacitta co-founded Aloka Vihara in 2009 and received Bhikkhuni Ordination in 2011. She is committed to Gaia as a living being and is currently developing Aloka Earth Room, located in San Rafael, CA.