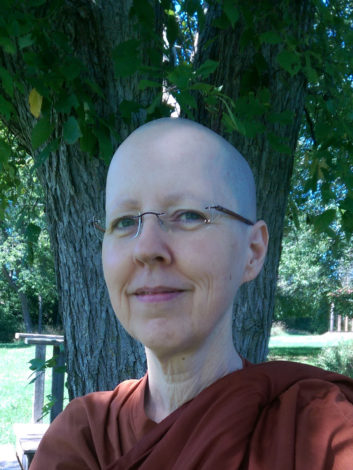 Ayya Nimmala has been deeply inspired by the teachings of Ajahn Chah, and began training as a Theravada Buddhist nun in 2008, at Sati Saraniya Hermitage, with Ayya Medhanandi as her teacher. She received higher ordination as a bhikkhuni in 2011. In 2015, she co-edited the third edition of the Bhikkhuni Patimokkha, a Pali-English vinaya booklet, with Ayya Tathaaloka.

Any cookies that may not be particularly necessary for the website to function and is used specifically to collect user personal data via analytics, ads, other embedded contents are termed as non-necessary cookies. It is mandatory to procure user consent prior to running these cookies on your website.