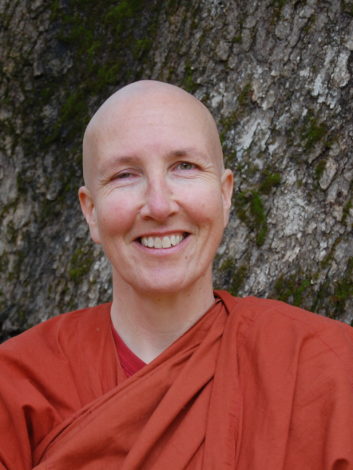 Ayya Anandabodhi first encountered the Buddha’s teachings in her early teens, igniting a deep interest in the Buddha’s Path of Awakening. She lived and trained as a nun in the Forest Tradition at Amaravati and Chithurst monasteries in England from 1992 until 2009, when she moved to the US to help establishAloka Vihara Forest Monastery, a training monastery for women.

Her practice and teaching are guided by early Buddhist scriptures and through nature’s pure and immediate Dhamma. In 2011 she took full Bhikkhuni Ordination, joining the growing number of women who are reclaiming this path given by the Buddha.